I assume (and please offer me disproving examples) that in most cases, scaling is supposed to give an organisation the ability to increase their productive outcome and effectiveness.

In this article, I mainly want to point out, why I just do not like to use the term scaling. It is not the right word. Because it just does not fit. It makes something, that is really complex and very individual, seem so simple, that we assume, that we do not have to pay so much attention to it. So let us take a look at the definition of scaling with respect to our assumption on why we want scaling. I took the liberty of just using the short descriptions of the wikipedia ambiguity page for the term scaling:

Scaling (geometry), a linear transformation that enlarges or diminishes objects

Ok, a linear transformation. That kind of seems to be what we are aiming for, doesn't it? We make it bigger. That should give us more outcome. But in geometry, those dedicated points, that define your form, just move to the distance relative to their original position. So are distributed teams already our scaled teams? If so, I guess we found the solution. We are done. In my experience, a lot of organisation actually have this as their scaling approach. But that does not help our initial assumption of more productiveness. Usually I see linear scaling in terms of enlarging the geometry, and using more people to draw the lines. But then you have more people busy, but do we really deliver more in this scenario? Hmmm.

A friend pointed out, that linear scaling of a business idea sounds really good. And I agree. Linear transformation of an idea seems like something that might really work. But I have not seen an implementation of a scaled idea. Maybe you did, then let me now.

Ok, lets look at the next one.

What? Well, they really are looking for size. Instead of semiconductor we used tubes before. A big thing you can see. But Semiconductors were a lot smaller and more efficient. Nowadays the semiconductors get scaled down. So they scale down. Well, that's what they do. Now we can find 100 Million transistors on a square millimeter But the transistors still do the same thing they did before. They are just decreasing in size. The communication overhead for all of them working together is a whole different question. So is this our definition of scaling? Well, in this case it means, smaller size comes with less energy involved to produce the same outcome. less time consumed, due to shorter communication distances, and more efficiency due to less conversion to heat. That sounds like a good scaling reason and actually makes sense for organisations. Better communication, less energy loss, less time used to achieve the same result. But unfortunately, that is not what I see. It's more communication, longer distances, and also costs more energy with the type of organisational scaling, that I see and hear being used. So this definition does not work for me either.

Scalability, a computer's or network's ability to function as the number of users increases.

Oh, yes. That one is great. That's ours. And most of us work in IT. So we get it. More users means more computers. And our systems scale easily. Don't they? Have you tried to just increase your number of databases or application servers? Most companies find it to be a very challenging task and most can not easily do it. And once they found their systems to be easily scalable in this sense, they realise, that once you hit a certain size, the old scaling thing somehow does not work anymore. Sounds familiar? So this sounds like the scaling we try. Doing more of the same is not what we need though, is it?

Oh, yes. Let's be a village in England. So far this is the best fitting definition.

Scaling (educational measurement), the process of assigning numbers to increasing levels of performance on a test.

Yes, I like this one. This has to do with measurement. We just measure us. Put us on a scale. Done. This one seems to have no effect on our outcome at all. Darn. Well, we got more. (Michael Mahlberg rightfully pointed me to the Hawthorne Effect, which implies, that already observing the system, will cause behavioural changes. But I am willing to neglect this effect for now.)

Scaling law, a law that describes the scale invariance found in many natural phenomena

This is one about statistics. Given a relation f(x)=ax^-k, scaling the argument x by a constant factor c causes only a proportionate scaling of the function itself. This can get very mathematical. The 80-20 rule is an example of the scaling invariance of the power law. Now, that I think of it, the scaling law could be applied to the outcome of scaling in the organizations. But does that not decrease the average outcome per person significantly? Hmm. Too much math. I don't really know. But seems not to be our definition of scaling either, does it? Although, this law may inherently include many reasons, why linear scaling as a lot of us try it, does not work so well. (I guess this topic alone could fill books.)

Image scaling, the resizing of an image

Oh yes. Now we have it. Bigger pictures. Bigger means more right? But wait. What happens, when you scale images. Oh yes, you can see their pixels (or grain for you analog people out there). That's not nice. Not what we want. But what about vector images you say? Yes. True. So let us assume, you have an incredibly well designed business card. It's all vector. Now we need a billboard ad. We just scale the business card, right? Hmm. Wrong font size, wrong message and it is distorted as well. I am afraid, the assumption here is, that we already have a design, can't you just click it with your mouse and we have a bigger one? Go ask your designers. They will tell you many funny stories about this topic. But as for a definition for our assumption, it is just not working. But once again, these are approaches that organisations take to scale, but they do not take care of the flaws.

The scaling of critical exponents in physics, such as Widom scaling, or scaling of the renormalization group

Oh boy. Physics. Even more math. But its statistics again., This time in mechanics. I did not understand it. Do you? I did not want to spend the time to understand it. This I think is true for organisational scaling as well. So maybe this is exactly how we scale in organizations. Without understanding what we do and why we really do it and if it really has the desired outcome. We could do this empirically. Sounds kind of what agile implies, doesn't it. But I have not ever heard anyone in the agile scaling world to use this definition. What I liked though, is that I first misread it as "Wisdom Scaling". That at least sounds nice, although I would argue again about the term scaling.

Fouling, i.e., formation of a deposit layer (scale) on a solid surface, e.g., in a boiler; in particular, a kind of micro fouling as crystallization of salts

The definition here is Fouling (also called scaling) is the accumulation of unwanted material on solid surfaces to the detriment of function. I wasn't expecting this one. It actually made me reconsider my first statement. I have seen a few agile scaling approaches, that accumulated a lot of unwanted material (or processes or management or roles) that resulted in almost not functional systems. And while I like this interpretation of the term scaling, it does not reflect the initial intention. So still not a good candidate.

Tooth scaling, in dentistry, the removal of plaque and calculus

And another type of scaling. Removing the bad stuff. Actually, this one sounds nice as well. Getting rid of the bad things seems like something I would like. Unfortunately, once again something most people don't mean, when they say scaling.

This is a known agile scaling method as well. Just throw around some cards (usually planning poker or delegation poker) and make it seem like magic. And then tell people to simply do the same magic. Must work, since you have seen these supposedly agile magicians do it before.

So if you have been reading all up until now, you might agree with me or not. But for me scaling as a term, in the working contexts that i usually see, is just wrong. What people expect, when they say scaling is mostly more outcome and hopefully not too much loss in efficiency. I just cannot explain or implement this, with the scaling definitions provided above, for a complex problem solving machine. (If you know another definition, that would, please let me know).

And if you agree, please do me a favour and just stop calling whatever you try to do agile scaling or scaling at all. Find better terms, that more accurately describe, what you really want to achieve.

I assume, what a lot of organisations expect is growth. But growth is a delicate thing as well. It needs to make sense. It needs to be with reasonable speed. And it should not be unbounded. But i think that is a topic for another time, though I am open for suggestions. 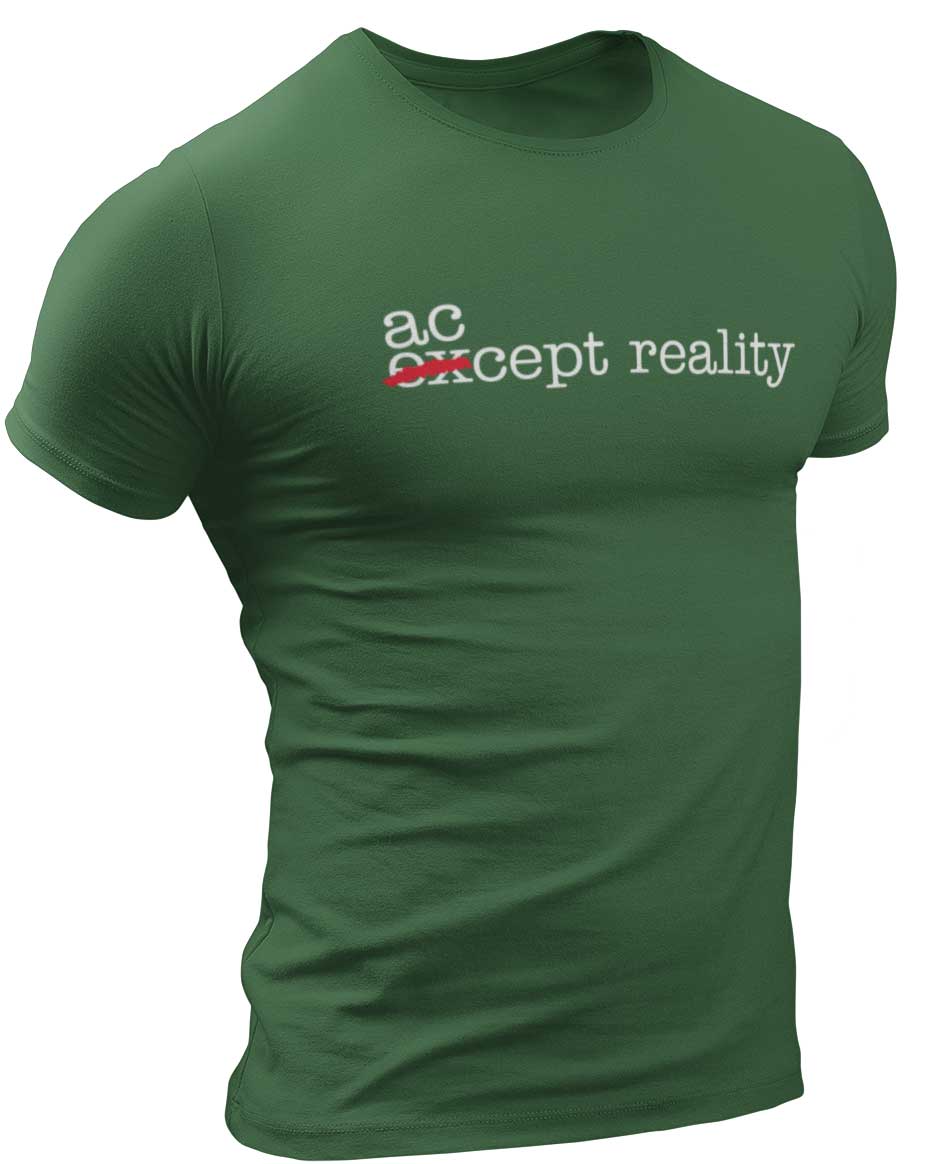 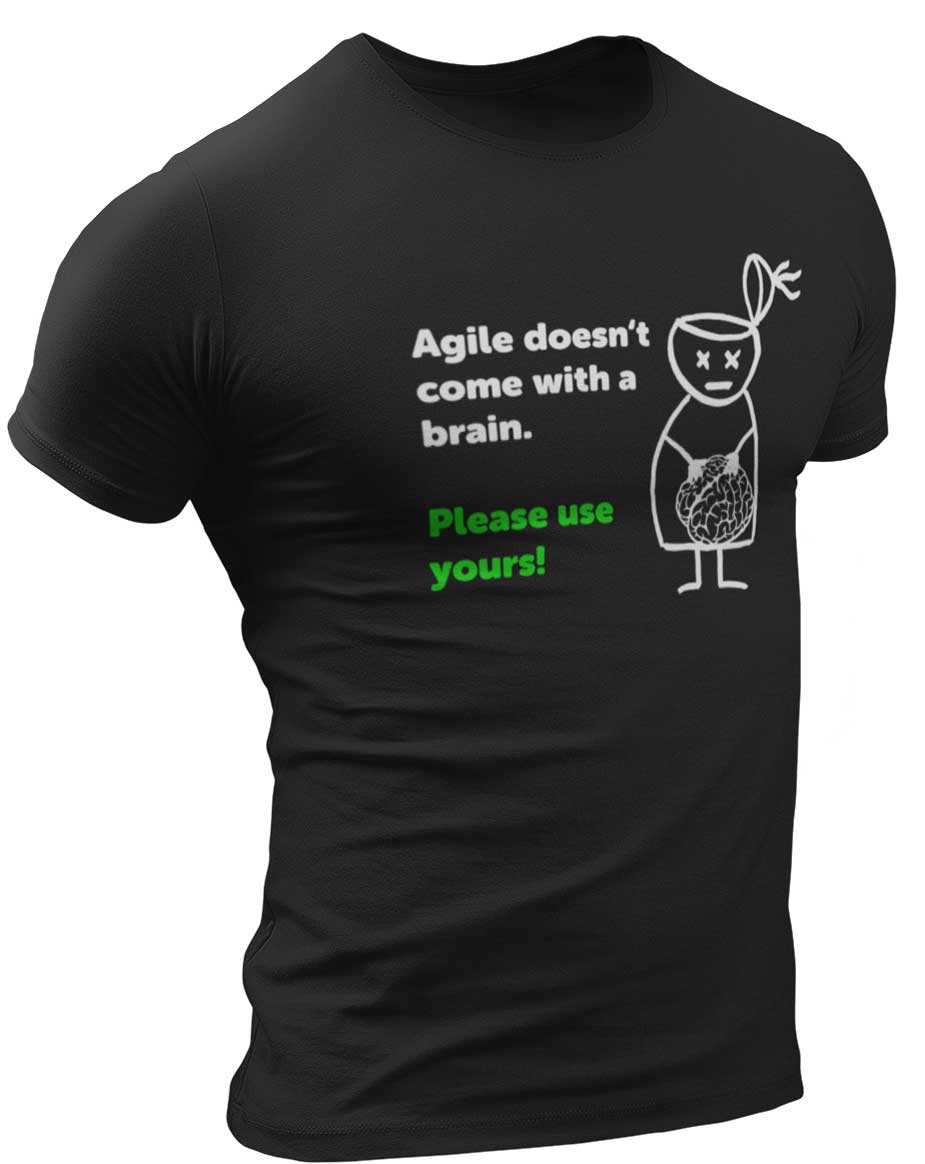 Agile doesn't come with a brain 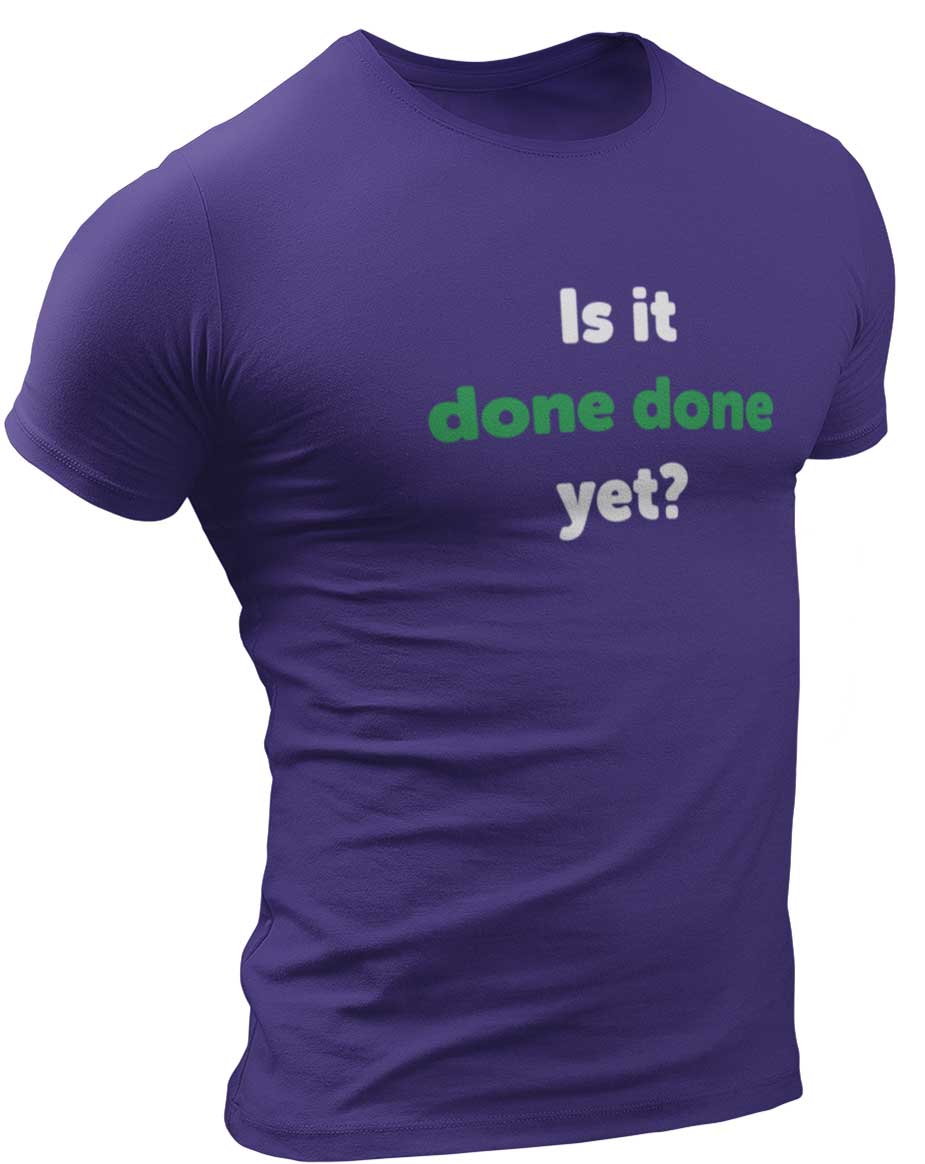 Is it done done yet? 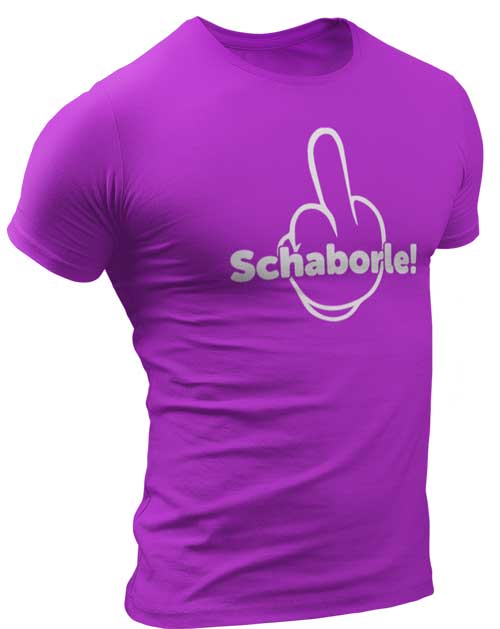 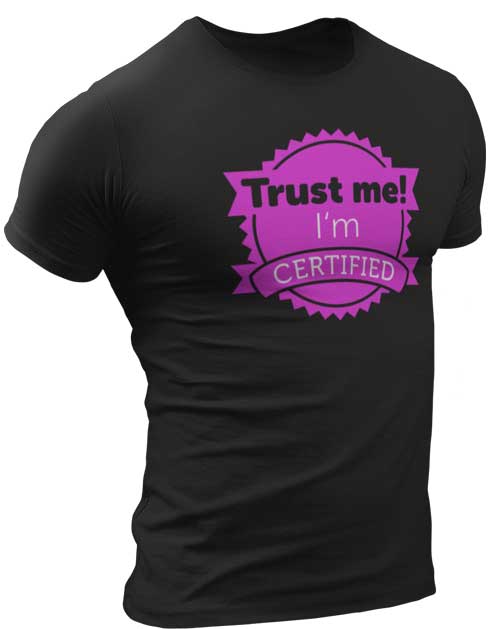 Trust me! I am certified. 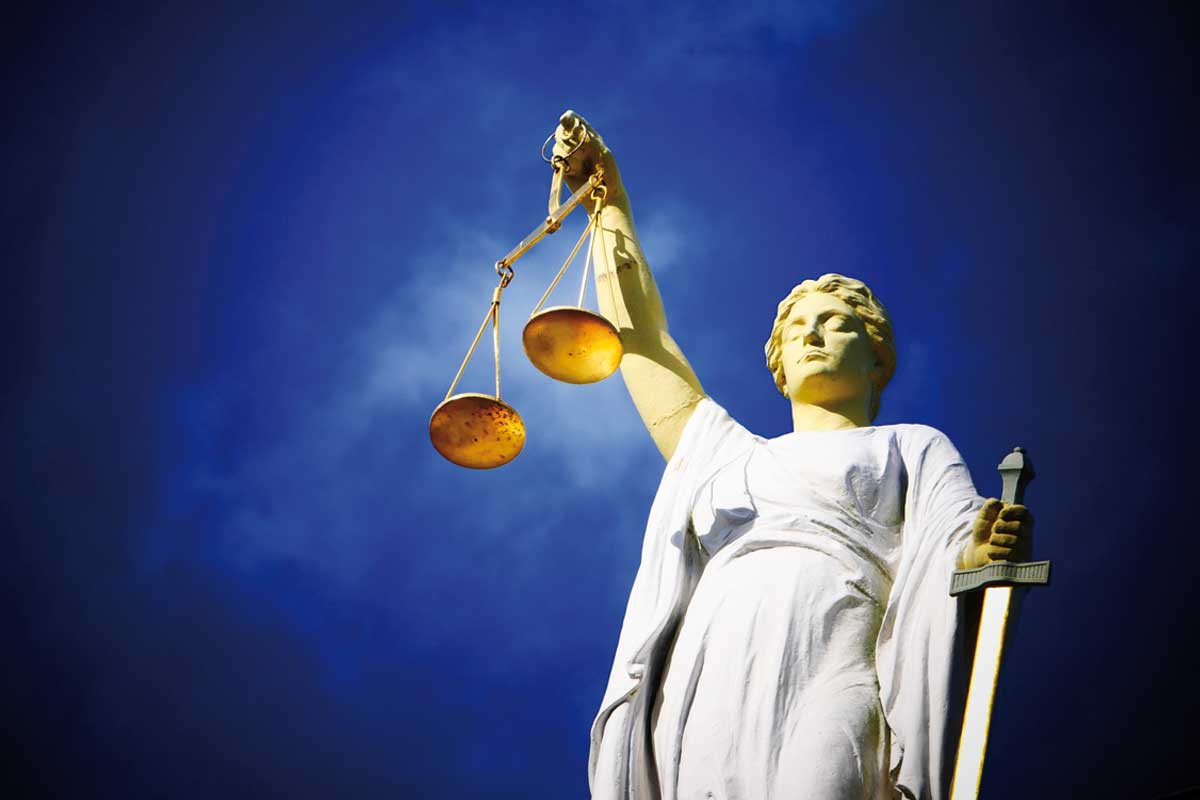